What makes literature so excessively attractive in comparison to philosophy? Why do writers like Albert Camus, Mark Twain, Flannery O’Connor, Dostoyevsky, Nate Hawthorne, Jean Paul Sartre thrive in modernity while Plato, Aristotle, and the scholastics are remembered as ancient and irrelevant? Most prefer to study literature instead of philosophy. Many prefer principles be explicated through novels rather than through philosophical inquiries. Is the modern mind incapable of grasping the depth of the works so they turn to the facile? Do good literary works and philosophical texts not have the same goal? The truth. Although their method of ransacking the truth differs profoundly, they end up at the same destination. Should that not be enough?

After all, both help the human person to answer the most salient questions about life. We all want to know what it truly means to be a human being; we want to understand our origin so that we explore better our destiny. We want to know what drives our desires. We hanker to discover the best way to live and why we suffer although we attempt to live a virtuous life. Besides the human experience that provides some insight into the best way to answer these questions, very thoughtful and provocative answers are found in the philosophy inquiries conducted over thousands of years, as well as in literary works developed through the lived-experience of the human person. So in that sense, they stand on the same pedestal. They both teach their students similar things about the school of life.

Why does literature have the edge? It is because literary scholars draw from the human experience to bring out the truth about the human person whereas philosophers remain bound to the most a priori method to come to that same truth, which, although true, are not grounded in matters of fact. For example, if we ask a philosopher and a literary scholar what makes a person uniquely and authentically human? The philosopher, depending on the period, would explore human nature, the soul, and eventually would probably conclude after endless inquiry that the capacity to give meanings to our daily experience is what makes us human. If he is really sharp and grounded, he might conclude that our humanity lies in the unique and authentic capacity to raise our mind beyond this world to a being greater than our littleness. Not that there is anything wrong with that; far from it, but the method would not connect to the sufferings, struggles, doubts, and fears that we experience in our daily life.

The literary scholar, on the other hand, would probably tell us a beautiful story narrating our senseless experiences. He or she would include human love, stupid dreams, irrational fear, unfounded doubts, and family willy-nilly to make his points. We would see emotions, sex, fights, successes and failures, laughter and sadness, sunrise and sunset, kicking and jumping, life and death etc. He would present the human person with all his cracked part, which would greatly capture the human reality as we live it. These experiences would lead us to understand what we are about and what matters in life.

From these everydayness realities, we would come to understand that we transcend anything that this world can offer. We would come to see that our life only makes sense when we surrender to a being that offers us something higher than natural life can offer. In telling the story, he would meet readers halfway; they would see themselves in the story; it would be as tough he or she is translating their own experience into words. Anyone can relate to this practical and relatable method. Most would concur with the conclusion of course.

That’s a method a philosopher like Karol Wojtyla understood very early on. Although he was educated in the philosophy of Thomas Aquinas under the tutelage of Reginald Garrigou-Lagrange (no small feet), and later surveyed German philosophers like Kant, Scheler, and Husserl, he embraced rather phenomenology. The latter is an effort to bring back into philosophy the lived-experience of the human person as lived by the human person. It aims at getting to the truth of things-as-they-are i.e. reality. Why we make the choice we make. What our ultimate longing is.

Phenomenology detects the psychological, moral, physical, and conceptual elements of the human person as he/she experiences them. For example, to the question what it means to be human, a phenomenologist would observe how a person relates to another person. What is unique in their relations compared to other living beings. How the heart reacts when we fall in love. How we approach suffering, death, fear, doubts, sin, and failure. From these observing, he would try to understand what that tells us about the human condition. Clearly, phenomenologists are not literary scholars per se, but they make use of the best method in the world of philosophy and literature i.e. they employ literary method to investigate their topic, and use the pertinence and pointedness of philosophy to discover the truth about the human person. That discovery allows them to speak to people in relevant and perspicacious ways that speak to the human experience. 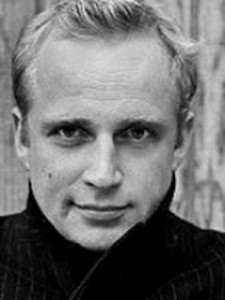 Wojtyla was deeply realistic about the world and the human capacity to find truth in it. In exploring a question, he would always start with the human experience. Thinking, he believes, starts with the human person grounded in his messy experience of the world. The person alone is aware of his being and capable of wonder. From there, we can explore what our vocation is, how best to build our history etc. He remained deeply committed to reason. Not the kind of reason that traps people in an unrealistic cycle, but reason that illuminates the mind to discover who we are and how we ought to subsequently live.

As a professor, that’s what he tried to inculcate in his students. He always pressed his students to speak freely despite reticence. One of his students, just graduated from law school, crammed with Marxist idea, vehemently attacked Wojtyla’s ideas and the church’s teachings on social teaching to the point where all his classmates thought he should be expelled. He went on for long time while Wojtyla attentively listened. When he finally finished, the whole room was filled with a loud silence. Wojtyla simply processed by saying:” Ladies and Gentlemen, what your colleague has just said here is evidence that he is beginning to think theologically”. His reaction galvanized other students to begin to express their own frustrations about the human condition, God, communism, life etc. Starting from the human condition, they explored together the answers.

That’s a method that needs to be reintroduced to the intelligentsia today. That would allow us to not only speak to the new generation who is trapped in the whirlwind of technology, but also to discover the kind of truth capable of finding untamed and unexplored territory. The wealth of knowledge left by the ancient and even the modern thinkers cannot be rejected or ignored without doing damage to the future, but I am afraid that’s where we are heading with the new way of doing literature.

It is Wojtyla’s patient way of approaching situations from an observational standpoint that enabled him to have a unique understanding of how to deal with the communists’ unacceptable attitude of oppressing the church in Poland. He has helped shape a new way of thinking with this method, which enabled him to speak to his flock as the bishop of Krakow, Poland despite the pressure of the overly controlling communist government. It is through this lens he understood human dignity, family life, and religious freedom and was able to speak to his flock in ways that made a revolutionary sense for them. It is this method of thinking that guided him in understanding the world he had to deal with as Pope John Paul II. Perhaps, it is this method that will be useful for the new evangelization so desperately needed today.