Augustine remains a philosopher at heart though deeply Christian. Despite the many errors he was in while pursuing philosophy before turning to God, he did not jettison it when he comes to believe . He used his philosophical insight to understand and explain the faith to which he had assented. He calls on God to assist him in his effort. He prays that God speaks to him as he is drinking at the fountain of his word (Augustine’s Confessions book xi, ii (3)). Two questions he would like to understand. What does it mean that God spoke when he was making heaven and earth? And what was God doing before creation? If he was not doing anything, why did he not remain like that forever? If he became occupied, it seems that God is not eternal. ‘Fides querns intellectum’ is what is at work here. 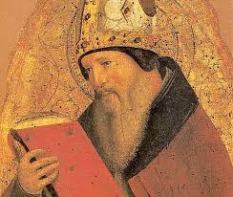 In answering the first question, notice that Augustine has no doubt that God creates heaven and earth; he only wants to know how he made them. He cannot speak to Moses because he is no more. Heaven and earth cry out they are made insofar they suffer change and variation. So he cannot ask them. It is not worth asking ourselves because the manner of our existence testifies that we are made. Although we are good and beautiful and have existence, we are filled with deficiency in comparison with our Maker (xi, iv (6)). How did God make them then?  Not the way a craftsman fashions an object for a craftsman “imposes form on what already exists and possesses being”. Moreover, God did not make the universe within the framework of the universe for there would be no place for that to happen. Neither did he have a tool in his hand for nothing was made yet. From this method of elimination, Augustine concludes that heaven and earth were made by the Word of God. “He ‘spoke’ and they were made” (xi, v (7)). That spoken Word is nothing like a voice, which has a beginning and an end, transient and temporal, and always in time. The Word that God spoke is very different and abides forever (xi, vi (8)). No element of it yields to place or succeeds to something. It is coeternal with God. It is uttered eternally. It has no beginning and end for it is the Beginning and End and is spoken in ‘simultaneity of eternity’ (vii (9); viii (10)). That Word that God spoke to create heaven and earth has always existed.  It has never been in time. It shines right through us and strikes our heart without hurting it. Before it, we are filled with terror and burning love. We are filled with terror insofar it is utterly other than us, and with burning love insofar we are akin to it (ix, 11). That’s the Word that creates heaven and earth. Understanding this gives a broader understanding of God’s nature and so allows him to answer more impertinent questions. 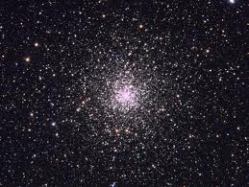 No question is more impertinent that the second question. Asking it is to attempt to taste eternity when the heart is still flitting about in the realm of transient things. To discover this answer the heart needs stability (xi, xi (13)). The funny answer is that “he was preparing hell for those who inquire into profundities” for he was not making anything for making something implies being in time. God is outside of and creates time. It certainly did not elapse before God made it. So, such question is foolish (xi, xiii (14)). God is the same yesterday, today and forever. As Augustine puts it, “God’s years subsist in simultaneity”. His “years are one day, and his ‘day’ is not any and every day but Today, because his Today does not yield to a tomorrow, nor did it follow on a yesterday. His Today is Eternity” (xi, xiii (16)). He quickly confesses that though he explains that God is not in time. He does not know what time is. As he famously says, “provided that no one asks me, I know: if I have to explain it to an inquirer, I know not” (xi, xvi (17)). Well, he did, wait for the next post for his answer.