The human person is fundamentally good, but sometimes he does bad things. That view underlines the works of all philosophers, historians, poets, theologians, scientists, and artists. They all sing, write, or speak about that veracity in one way or another. Their works unanimous point to our fallible nature and they all argue that discipline is the most efficient remedy to that malady; our nature must be ordered according to virtue for it tends to do both the good and the bad. 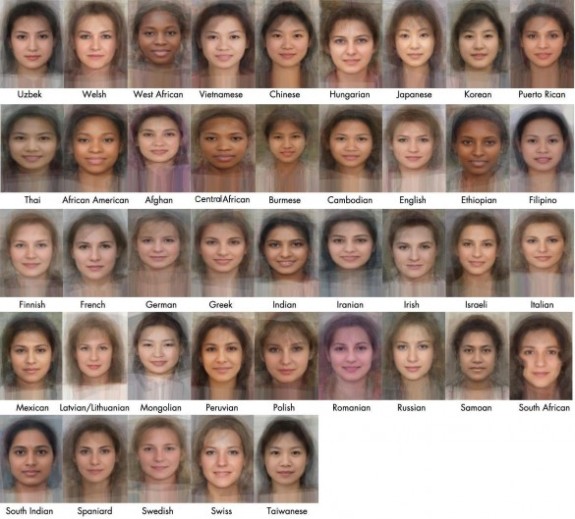 Life is an eternal fight to overcome temptation. Augustine attributes this reality to original sin where life is both a grace and a crippling burden. The latest sociological and psychological developments have given an even darker lecture to this reality: “no one stands taller than the generation in which he lives”, or man is the product of his time. Therefore, a good environment is necessary in order to not spin out of control. In the Republic, Plato presents us with the tripartite soul: The appetitive soul, it includes all our myriad desires for various pleasures, comforts, physical satisfactions, and bodily ease. The spirited part is the part that gets angry when it perceives an injustice being done. That part can maneuver itself to face adversity; it loves victory, winning, challenge, and honor. The rational part is the one that thinks, analyzes, looks ahead, rationally weighs options, and tries to gauge what is best and truest overall. According to Plato, in order to be as flourishing as we can, the rational part must rule over the other parts. Otherwise, there’s disorder. As if St Paul had read Plato, he describes our nature in language not unless Plato’s. The flesh and spirit roar against each other. “The desires of the flesh are against the Spirit, and the desires of the Spirit are against the flesh” (Gal 5:17). If for St. Paul God empowers us to win the battle against the spirit through faith in Jesus Christ, for Plato, only the rarest and the finest i.e. those who don’t give in to the desires of the flesh, are able to live the good life and so win the battle.

Aristotle beat the same drum as his predecessor Plato in his work called the Nichomachean Ethics. He maintains that the human person, given that he is rational, has a natural drive for human society (‘man is a political animal’), for knowledge (Man is a mimetic animal. he loves to use his imagination), for happiness (that’s innate in every human being), and for God (he naturally knows there’s a higher power that transcends him). The good life is a life that fulfills these natural drives, and directs them to their highest end. Therefore, a life animated by a desire to reach excellence must be cultivated. 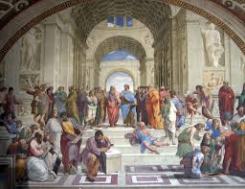 Thus all these thinkers understand that it is necessary to make a masterpiece of ourselves, but that cannot be achieved without discipline, virtue, or grace; we have to be put in the right “framework”. Right framework—that’s education. That’s conversion. Education is the tool that allows a man to discover the flourishing life. Conversion is the discovery that God is the vine and we are just a branch that cannot bear fruit unless stuck on God. There is no conversion unless we encounter Jesus Christ—the man who shows us what it means to be human. That’s a route to follow another time.

Now consider this. According to the Department of Education, 1 in 3 black men, 1 in 6 Hispanics, and 1 in 20 white men will be incarcerated at some point in their lives. Is it because these people are criminal-minded people? Not at all! The reason is because they are not as well educated as everyone else. They are from the poorest neighborhood in the country where they are exposed to “unwishful occurrences”. The public schools in those areas are considered the worst in the country. Parents are not making enough to send their children in the good schools. Although they are working their hearts off, it is not even sufficient to sustain the family. Of course, that leads to broken home. They are very likely to drop out of school because they have little to no parental guidance. Of course, they are more likely to do more bad things. Of course, these people’s fallibility are higher than everyone else. That’s due to the poverty of their educational level. That’s the single greatest factor that almost always influences their behavior. Have you not checked the education level of the prison population? According to the Justice Department, 79% of prisoners do not have a high school diploma, and 19% of them have never been to school. I am convinced that with proper education, and with the right focus on the family and just employments, our society would be more peaceful; crime rates would plummet, everyone would be safer, and the economy would grow faster. 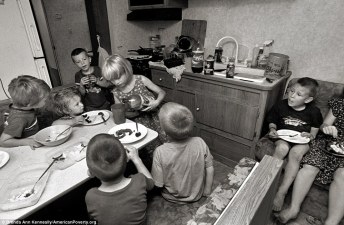 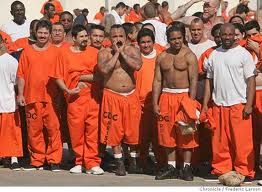 We are all fallible. We all do bad things, but when we are given the right education, we get to focus on things other than violence. We get to focus on how to materialize that knowledge boiling in the depth of our soul. No other institution understands this better than Manhattan College. They run a program where they allow inmates to take classes in their college. That brilliant idea closes prisons’ doors. The result of their program is unspeakable. Not only does the inmates, upon their release, get to prove to society that they were simply fallible and so not fundamentally bad, but it also benefits society as a whole. The more educated a prisoner is the less likely he is to recidivate after incarceration. Lawmakers should reconsider their motivation to serve the common good. Instead of spending billions to build and maintain prisons, they should instead fight to keep men and women from being imprisoned, and to better insert them to society after prison. That’s only possible through better schools in the poor neighborhoods, and educating the incarcerated. We all enjoy peaceful time. We are all appalled by violence. We all need to stand together to put an end to it. The most efficient way to do this is to empower the family, which decreases the level of fallibility.