Both Aquinas and Augustine have a blueprint that defines man as what he is and what he should be. Working within a Platonic framework, Augustine pictures man as the most important element existing in the universe, but for him that element does not really belong to the universe. Man is of the world, but does not belong to the world. According to Anton Pegis, this description of man gives us an ideal picture of man, or how he ought to be, and needs to live in order to escape this fleeting world of matter and time so as to cling to something permanent and reach his final goal. When Aquinas read the work of Aristotle, he forges a different understanding of man. Without rejecting Augustine’s view of man, Pegis tells us that Aquinas gives us a picture of how man actually is and what he needs to do in order to reach his final goal. For him, the universe and all it contains must be used as means to man’s final destination. Aquinas is telling us that man must use the world’s wings to fly to his beatitude.

He found in St Augustine’s work something that captures man in his apogee of life, but he was not satisfied with it in its entirety. He viewed it as a building without a foundation, or a garden without a gardener. He removes from it what made it vulnerable, and adds what its base was lacking. In this light, Pegis asserts that Aquinas provides a firmer foundation to Augustine’s work better than Augustine himself could have done.

If Augustine’s view of man is the roof of a house, Aquinas’ is the foundation upon which that house is built. If Augustine is the sower, Aquinas is the one who waters the seed to make it fertile. At Ostia, Augustine and his mother had a vision. As he describes it, he said that he had to step beyond all corporeal objects; he must ascend by internal reflections so as to access the region of being itself and so have a glimpse of heaven (Confessions book ix, 188). Aquinas, on the other hand, does maintain the view that man is born to envision the kind of eternal bliss that Augustine describes, but that’s only possible when he is in complete use of his body because he is a composite being (Summa Theologiae I, Q 75, art 4). Aquinas agrees with Augustine that contemplating God, the summun bonum, is how man finds himself. Indeed, man must understand that he is made for God, and must abide in God. Man must know that he is nothing without God (Confessions book ix, 189).

Thus, for Augustine, to mentally abide in God, man must turn into himself and detach his mind from worldly allurements. Envisioning God is actually man’s ultimate end, however for Aquinas that is unattainable without man’s complete possession of his body and soul. Pegis asserts that what Aquinas is saying in common language is that man’s soul has a spiritual thirst for the body that only incarnation can give. As Pegis sees it, Aquinas did not reject Augustine’s view altogether, why would he?, he adds what was lacking to it— incarnate spirit. This addition becomes the pillar sustaining the house of the human person that Augustine was constructing. Man is not merely a complete being, but a complete ‘incarnate’ being. 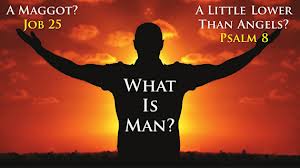 That vision of man, which is a right and just estimation of man, has huge implications. It is the foundation of every ethical question that has to do with the human person. It sees humans as vacillating between two worlds: the material and the spiritual, the secular and the religious. It is the reason why normal people are against the view of seeing the human person as nothing but an instrument of pleasure. That’s why the dignity of the person needs to be defended. That’s the ground for human rights and freedom. That’s the basis that prostitution, human trafficking, abortion, euthanasia… are wrong. That’s why a person needs to be committed to in marriage. That’s why humans must not be engaged in debased sexual activities because that’s below their dignity. That’s why man needs religion to help him keep his head above the water. I mean he needs religion to help maintain the right balance between the need of the body and the need of the spirit that he possesses.

We are the only creature who asks why. Only we, when we raise our eyes up in the sky, are amazed by what we see and wonder why. We are the kings and the queens of the cosmos. “Have dominion over the fish of the sea, and over the fowl of the air, and over the cattle, and over all the earth, and over every creeping thing that creeps upon the earth” (Gen. 1:26). So we are immeasurably more precious than all creation taken together. We must never be treated as if we belong to the realm of this world alone. Unfortunately, many ethicists fail to see the human person as an incarnate spirit. As a result, most of them think that every human can live as he/she sees fit without any control over his person. We are not just body, nor are we a spirit. We are both. Our duty in this life is to strive to harmonize the two. It is dangerous to adore one while neglecting the other. 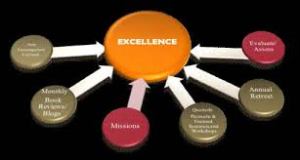 You have been warned. So exercise, read, pray, and have friends. That’s the secret of a fulfilled life.